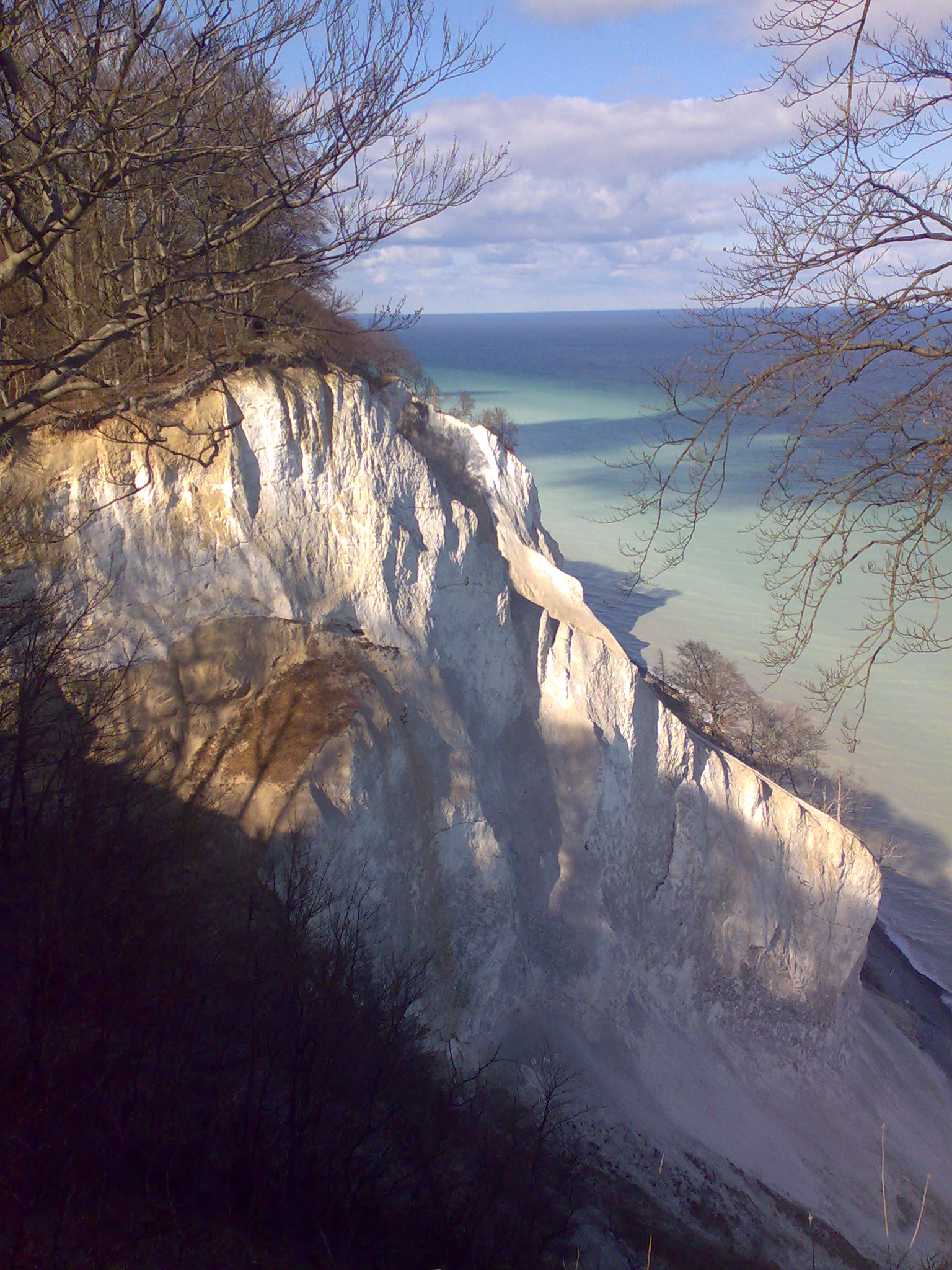 Forchhammers Point at the Cliff of Møn is named for my great-great-great-grandfather, Johann Georg Forchhammer. He was a geologist, firmly convinced that we would find oil on Bornholm, and he became the second director of the School of Polytechnics (now the Technical University of Denmark) after Hans Christian Ørsted of electromagnetic fame.

My name is Troels Forchhammer. I was born some time in the autumn of 1966 when television was black and white, the Woodstock festival was in the future, computers were the exlusive domain of weird scientists and nobody had even dreamt about the internet. I am the son of Ole and Lis Forchhammer with whom I had a childhood that I remember with joy.

The all-important and very earliest to influence you is, of course, your parents. I can look my mother in the eys and tell her that she has the son, she has helped create. To the rest of you: it ain't my fault.

The next important formative element of my childhood entered when I had turned seven and I started as a scout. My years in scouting have affected me and my outlook in more ways that I can count, and I am still unable to stay away from scouting for longer periods — I believe my record is a couple of years without an active ‘job’ in scouting.

You grow and your development grows subtler. The broad strokes that laid the foundation are replaced by ever subtler strokes when the details are filled in. My love for physics started early, and long before I went on from Fløng Skole. My plans were in place: first three years at Høje Tåstrup Amtsgymnasium (as it was known in those days — for more information about the Danish Gymnasium, please see the pages at the Ministry of Education), then on to the Royal Danish Navy, and from there to the study of physics at the University of Copenhagen. I graduated as a Master of Science in 1994, though the subject of my master classes wasn't exactly the same as I had imagined fifteen years yearlier.

The third of my defining loves is my love for the works of the English author, J.R.R. Tolkien. I don't recall when I first read either The Hobbit or The Lord of the Rings, but these books have been with me since childhood, first in Danish and later in English.

At the brink of manhood, I found my lovely future wife, Grethe, in 1983 — at a training for scouts, of course. We were married at the national jamboree in 1989 and in 1991 we had our first son, Bjarke, who has been followed by two more sons, Sune (1995) and Thor (1997) and a daughter, Ea (1999). Though foremost in my heart, my family is, chronologically, the fourth of my defining loves after scouting, physics and Tolkien.

During my studies, I got a job in the decorating department of the Obs warehouse in City 2, Tåstrup. The lack of challenging physics was easily outweighed by the marvellous people I got to work with. Decorators are wonderful and fun to be with, and we had a good atmosphere in the department.

Having obtained by Master's degree in 1994, I tried to get a scholarship to move on to the Ph.D. but I soon realized that this wasn't going to happen. Going by the way of some short stints as a substitute teacher and some other detours, I found myself teaching at Rødovre Gymnasium in the spring of 1996. I had three good years at Rødovre teaching physics and general science. Unfortunately it could last, among other reasons because my degree only gave me formal teaching competences in physics (which is not the same as saying that I wasn't competent to teach science …). I have since reconciled myself to it, but at the time I found it foolish to answer my application for a dispensation from the rules by specifying the selfsame rules — why on earth did he imagine I was applying for a dispensation? Well, in the summer of 1999 I stopped teaching. 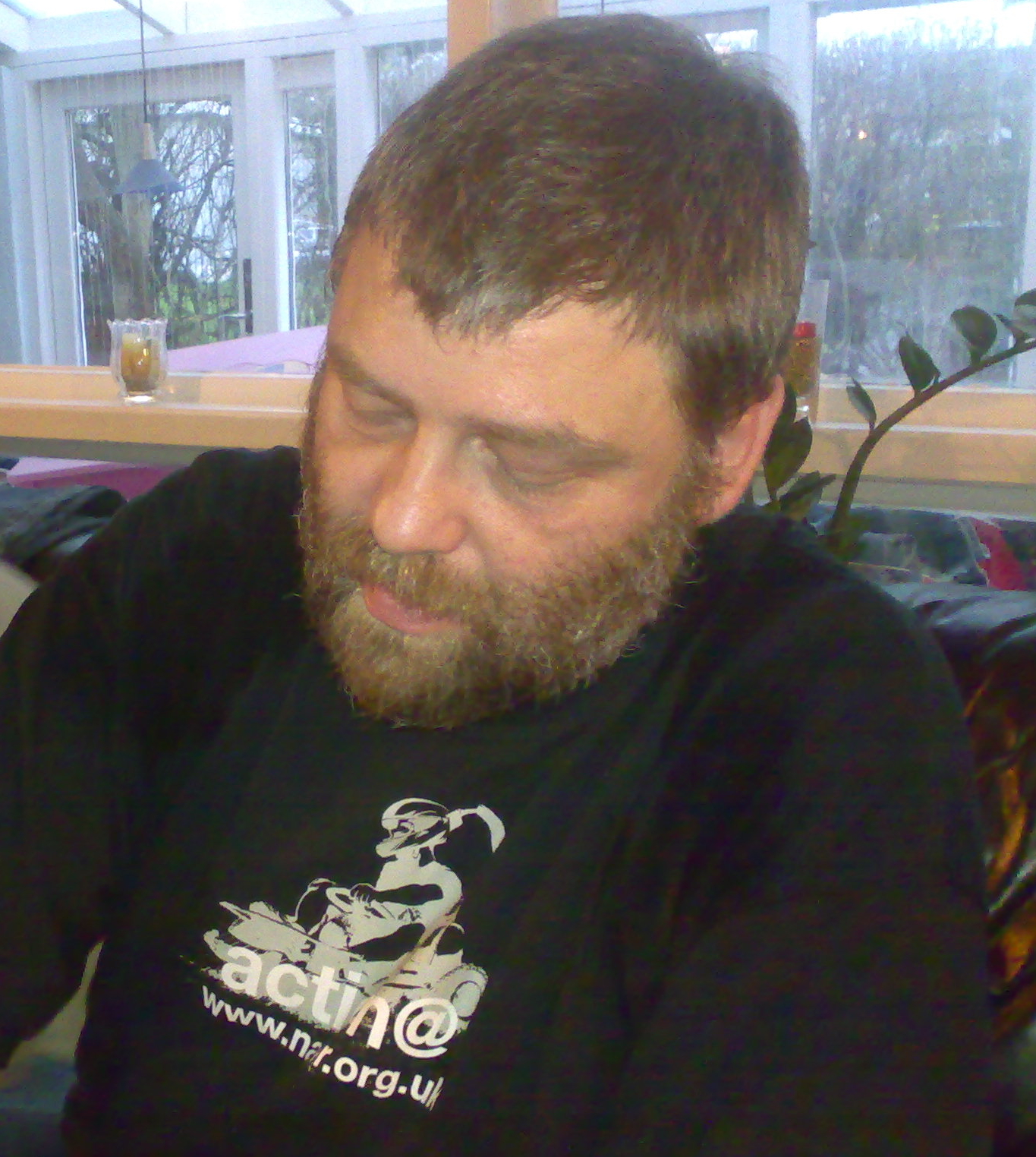 Fortunately it wasn't difficult to find a new job in 1999 if you had tried programming. This was while the dot-com bubble was still growing bigger and bigger and the stock-prices were outpacing Moore's law, doubling every six months. Therefore I soon found myself in Søborg where I was to design software for a PCI satellite card. I was, specifically, to make an application that would display ordinary satellite television on the PC monitor. The small Danish company Cocom A/S was soon after acquired by US giant Cisco Systems, and we were invited to a lavish acquisition party in the old Copenhagen Exchange — in those days the sky really was the limit in the IT business.

Not long after the acquisition, I was relocated to another project. Now I was to do test-software for our new project: a line-card for a Cisco cable-router. This software was to be used for the whole life-cycle of the line-card, from hardware wake-up and debugging to production test, FPGA programming at the production line and for field diagnostics. This was an exciting time, when my experiences from experimental physics were once more applicable, and I discovered, or developed, a passion for testing.

When Cisco, in the summer of 2001, decided to stop the development activities in Søborg, it was natural for me to look for another position in testing, and I quickly found myself in another small Danish upstart company where I was responsible for the test of an ASIC network processor at IP Semiconductors A/S. However, it was the summer of 2001 and the attacks on New York and Washington were just round the next corner, dealing the final death blow to the dot-com bubble (which had been shrinking ever since April 2000). The company stayed alive a little less than a year after 11th September 2001, and I now found myself at the street again richer only by a considerable wealth of experience.

It was to be ten months I got a new job the following summer, 2003. This time at Nokia Danmark, where I was to work again with development of hardware tests. At that time I didn't know much about RF, but I knew a lot about testing, and I soon started to work with the analytical aspect of testing: test planning, test design and test result analysis.

In that way we have now established a good set of tools for analysing our tests. Applying these tools, we have built a much more thorough knowledge of the tests: what is happening during the test, how do the test results behave, what are the uncertainties etc. It has been both exciting, educating, and, I admit it, a real pleasure to be a driving part of this development, and I usually boast that I am getting paid to do my hobby (or one of them, at least), which is to be a nerd par excellance.